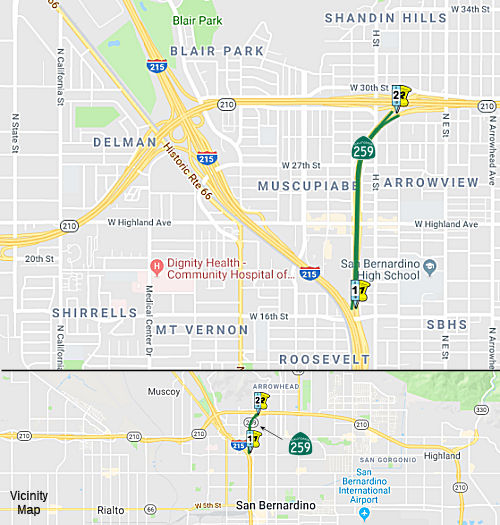 This routing was signed, at one point, as access to Route 30 East and I-215 South. However, the callboxes and some maps identify it as Route 259, and the new exit numbers will make this even clearer. It serves as a ramp to Route 210 E (former Route 30 E) when traveling NB on I-215, and as a ramp to I-215 S when travelling WB on Route 210 (former Route 30). It also serves Highland Avenue and E Street (which is accessed from I-215 NB only). According to some observers, by Febraury 2008, the Route 30 references had been changed to reference Route 210. Some portions were signed as Business Route 30.