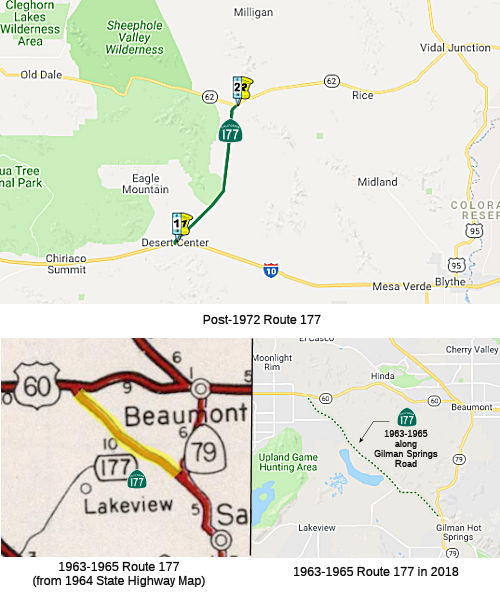 From Route 10 near Desert Center to Route 62 near Granite Pass.

In 1972, Chapter 1216 defined a new routing: “Route 10 near Desert Center to Route 62 near Granite Pass.” It was built out over the existing Rice Road.

This routing remained unchanged until the 1963 "great renumbering. This route ran from Route 90 (nee Route 42) near Brea to Route 71 near Chino. It is part of present-day Route 142. It originally split off or Route 90 [LRN 176] at Carolina (now Kraemer), then Birch/Brea/Olinda Blvd to Valencia Ave, and then up to Carbon Canyon Rd. Sometime after 1959, it was rerouted to take Valencia Ave from Imperial Highway.