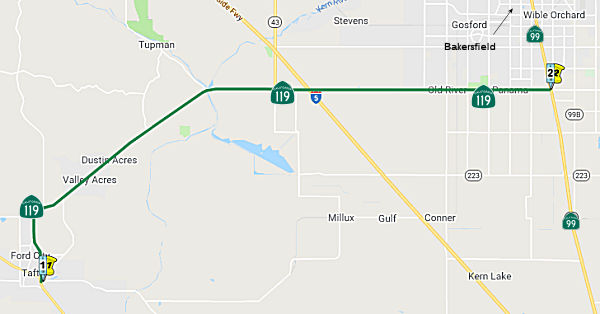 From Route 33 at Taft to Route 99 near Greenfield.

In October 2011, the CTC approved for future consideration of funding a project that will construct a four-lane bypass near the city of Taft (~ KER 0.017). The project is not fully funded. The project is programmed in the 2010 State Transportation Improvement Program for Project Development only. The total estimated cost is $67,716,000 for capital and support. Depending on the availability of funding construction can begin as early as Fiscal Year 2015- 16. The scope as described for the preferred alternative is consistent with the project scope programmed by the Commission in the 2010 State Transportation Improvement Program. A copy of the MND has been provided to Commission staff. The project will mitigate potential impacts to biological and paleontological resources to a less than significant level. Potential impacts to biological resources in the project area will be mitigated in accordance with the Biological Opinion rendered by the U.S. Fish and Wildlife Service. Potential impacts to paleontological resources would be mitigated by implementing a paleontological resource plan. As a result, an MND was completed for this project.

In August 2015, the CTC authorized 6,814,000 for a project along Route 119 (06-Ker-119 R10.0/R13.3) near Dustin Acres, from Elk Hills Road to Tupman Road. Outcome/Output: Construct truck climbing lanes to reduce congestion and improve highway operations and mobility.

In April 2016, it was reported that construction was starting on the new truck passing lanes on Route 119. More information was provided in an article from Bakersfield Now. The construction project will add an additional "truck climbing" lane on westbound Route 119 from Tupman Road to Elk Hills Road, that will connect with two lanes currently in the area. Shoulders will be widened on the north side of Route 119, an eastbound passing lane will be extended to Elk Hills Road, and Caltrans will add a rumble strip along the center line. Engineers say that will give trucks more space to climb the hills, and give other drivers more room to pass. The entire project will take about 7 months. As part of the construction, a 3½ mi long, bright orange fence has been erected along the north side of the road. The purpose of the fence is to protect three endangered species: the San Joaquin antelope squirrel, the Giant kangaroo rat, and San Joaquin kit fox. The long, fabric fence was installed a foot below ground, and 2-and-a-half feet above. It also has an 8-inch flap ("lip") that folds over away from the highway side. Both the giant kangaroo rat and antelope squirrel are pretty good climbers, and the lip may keep them from getting into the construction zone. On the other hand, the barrier actually helps the kit fox get over the fence. The kit fox can likely jump over the fence on its own, but Caltrans has added ramps to provide additional access to the other side of the fence if a kit fox finds itself in the construction zone at night-- when the species is most active.
(Source: Taft Midway Driller, 4/7/2016; BakersfieldNow, 4/14/2016)

In May 2016, the CTC approved for future consideration of funding a project that will construct a roundabout at the intersection of Route 43, Route 119, and Enos Lane near the city of Taft (~ KER 18.037). The project is programmed in the 2014 State Highway Operation and Protection Program. The total programmed amount is $9,761,000 for capital and support. Construction is estimated to begin in Fiscal Year 2017-18. The scope, as described for the preferred alternative, is consistent with the project scope programmed by the Commission in the 2014 State Highway Operation and Protection Program. A copy of the MND has been provided to Commission staff. The project will result in less than significant impacts to the environment after mitigation. The following resource area may be impacted by the project: biological resources. Avoidance and minimization measures will reduce any potential effects on the environment. These measures include, but are not limited to, environmentally sensitive areas will be established for the Giant kangaroo rat, Tipton kangaroo rat, San Joaquin kit fox, and the Blunt-nosed leopard lizard, pre-construction field surveys will be conducted, and ESA fencing will be used.

This route is part of the "Bakersfield, Maricopa, and Ventura Highway".

This route is currently named the "Taft Highway". It was named for its terminus in Taft, CA. According to Wikipedia, a display at the West Kern Oil Museum indicates that local residents asked the Southern Pacific Railroad if the station could be named Moro when the rails arrived in about 1900, but a railroad official declined because the name would be too easily confused with the coastal town of Morro Bay. Instead, the railroad directed the station be called Moron, a word which as yet had no association with lack of intelligence. Pictures of local businesses, including the Moron Pharmacy, hang in the museum. After a fire burned much of the town, the name was changed to Taft in honor of William Howard Taft, the 27th President of the US.
(Image source: US Ends; Whitehouse.Gov) 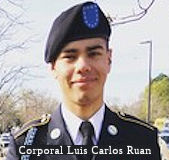 The portion of Route 119 between between E Kern Street (KER 0.34) and Cedar Street (KER 1.300) in the County of Kern is named the “Corporal Luis Carlos Ruan Memorial Highway”. It was named in memory of  Luis Carlos Ruan, who was born in January 1997, in Long Beach, California. Luis moved to Taft, California, when he was eight years of age where he attended Jefferson Elementary, Roosevelt School, and Lincoln Junior High, and graduated from Taft Union High in 2015. Luis volunteered to serve his country, enlisting in the United States Army in the summer of 2016, which he hoped would help him achieve his goal of going to school and joining the California Highway Patrol. Luis left for the United States Army in August 2016, and was sent to boot camp in Fort Benning, Georgia. After graduating from boot camp in December 2016, Luis was stationed in Fort Bliss, Texas. Luis worked for B Company, 1st Battalion, 36th Infantry Regiment, 1st Armored Brigade Combat Team, 1st Armored Division. Luis was in a military training accident on January 22, 2019, in which two other young men passed away, leaving him with a traumatic brain injury and he was sent to different hospitals while he and his family started their journey to his recovery. Luis was returned to El Paso, Texas, where he passed away on April 20, 2020. Named by Assembly Resolution ACR 211, Res. Chapter 172, 09/06/22.
(Image source: Tribute Archive) 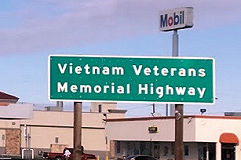