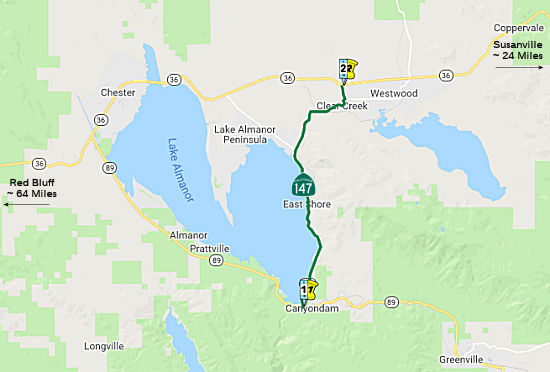 From Route 89 near Canyon Dam to Route 36 near Westwood. 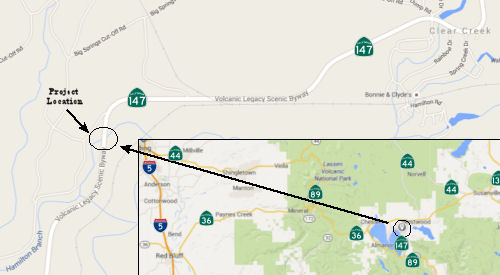 In October 2015, the CTC approved for future consideration of funding a project that will replace the Hamilton Branch Bridge on Route 147 near the community of Clear Creek. The project is programmed in the 2014 State Highway Operation and Protection Program. The total estimated cost is $13,492,000 for capital and support. Construction is estimated to begin in Fiscal Year 2016/17. The scope, as described for the preferred alternative, is consistent with the project scope programmed by the Commission in the 2014 State Highway Operation and Protection Program. A copy of the Negative Declaration has been provided to Commission staff. The project will result in less than significant impacts to the environment after mitigation.

In June 2018, Caltrans District 2 tweeted that "The new Hamilton Branch Bridge on SR 147 is almost complete." and that work was being done to improve the connecting pavement.
(Source: @CaltransD2 6/5/2018)

This route is part of the Volcanic Legacy Scenic Byway All American Road.