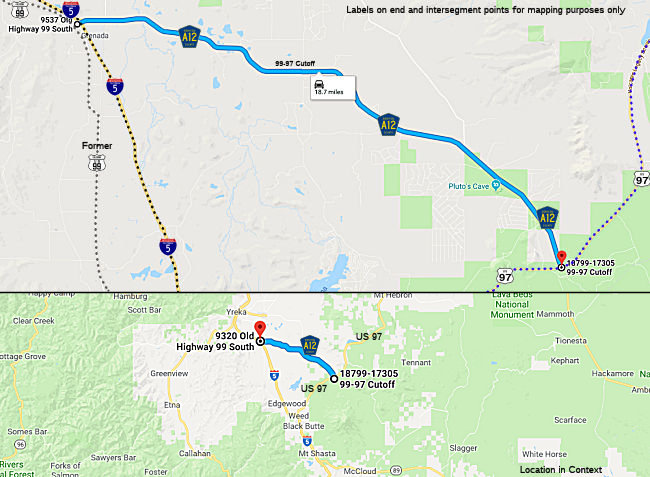 "Veteran's Memorial Highway". On Nov. 1, 2011 the board of supervisors of Siskiyou passed a motion to designate County Sign Route A12 as Veterans Memorial Highway to honor the service of Siskiyou County veterans. Siskiyou County Veterans Services Officer Tim Grenvik brought the proposal to the board with the support of the county roads department and the sheriff’s office. Signs have been placed at either end of County Sign Route A12, one just east of the railroad tracks in Grenada at the site of Friday’s ceremony, and one just west of the road’s intersection with Route 97.

This route was formally defined in 1959.