History of Interstates in California 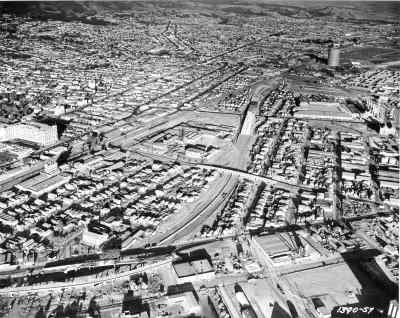 The number of limited access highways already in existence in California before 1956, when the Federal-Aid Highway Act was signed, underscores California’s historic role as a leader and innovator in the construction of highway routes. Over 60 years earlier, on March 26, 1895, the state of California secured the title and right of way to the Lake Tahoe Wagon Road, which crossed the high Sierra into Nevada, and established a commissioner for this road. The Lake Tahoe Wagon Road, California’s first state highway, which officially became Highway 50 (US 50) in 1927, is also known as the “backbone of America” and is commemorated as such by the Highway 50 Association. Another early road, CA 1 (Route 1), first opened to traffic in 1912. It runs more than 548 miles along the Pacific Coast from just south of San Juan Capistrano in Southern California, north through the San Francisco Bay Area, to Leggett in Mendocino County. Running along some of the most beautiful coastline in the world, CA 1 has been designated an All-American Road by the Federal Highway Administration. 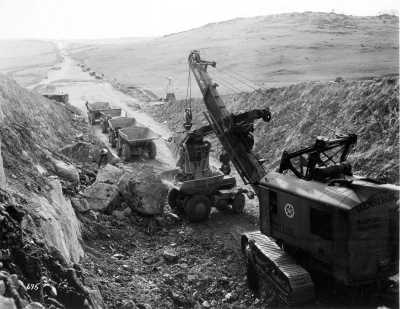 Construction of US 50 between Folsom and Placerville, March 1940. US 50, which is also known as the "Backbone of America," stretches more than 3,000 miles from Sacramento over the high Sierra to Ocean City, Maryland and crosses through Lake Tahoe, Central Colorado, Carson City, Kansas City, St. Louis, Cincinnati, and Washington, D.C.

Nationwide highway systems did not originate with the Interstate Highway System, but predated it. The Lincoln Highway, first envisioned in 1913, was one of America’s most famous highways, affectionately known as “The Main Street Across America.” The highway, arguably the first transcontinental highway in the United States, crossed through 14 states and spanned more than 3,300 miles, coast-to-coast, from Times Square in New York City to Lincoln Park in San Francisco.

Another famous highway, Route 66, was one of the original federal routes, established on November 11, 1926. It ran 2,347 miles from Chicago through Missouri, Kansas, Oklahoma, Texas, New Mexico, and Arizona before ending at the beach in Santa Monica, California. Route 66, a major migratory road west, especially during the Great Depression, currently exists as Historic Route 66, a National Scenic Byway, and is commemorated, by various organizations along the way, including the California Historic Route 66 Association. 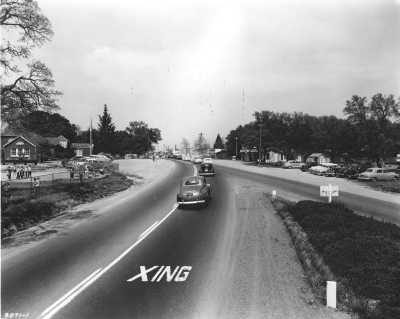 US 40, Citrus Heights, Sacramento County, April 4, 1951. Parts of the Lincoln Highway often passed through small communities, such as this, throughout the nation as it stretched out across 13 states from San Francisco to New York City. 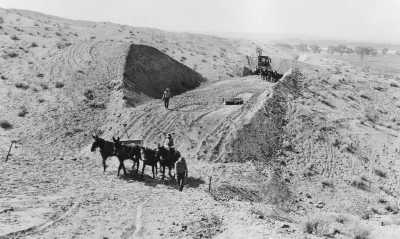 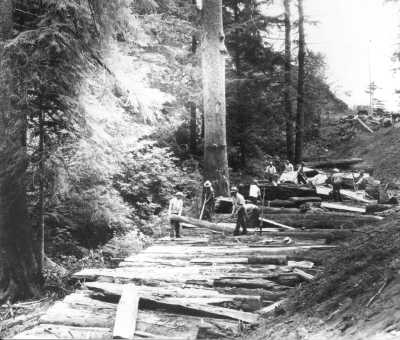 Construction of the Redwood Highway, US 101, north of San Francisco.

US Route 101, established in 1926, stretches 1,540 miles north from Los Angeles to Olympia, Washington. From Southern California to the San Francisco Bay Area, it follows much of the route of El Camino Real, the “royal road” of California’s Spanish- and Mexican-era missions, while north of San Francisco it becomes the famed Redwood Highway.

Other California highways built before the Federal Highway Act of 1956 include the 1940 Arroyo Seco Parkway between Pasadena and Los Angeles, and I-80, built in 1947, which connects San Francisco through Sacramento over the Sierra to Nevada. In addition, portions of I-105, the Santa Ana Freeway; I-205, the Tracy-Altamont expressway; and the Livermore Bypass and Altamont Bypass, I-580, all predated 1956. 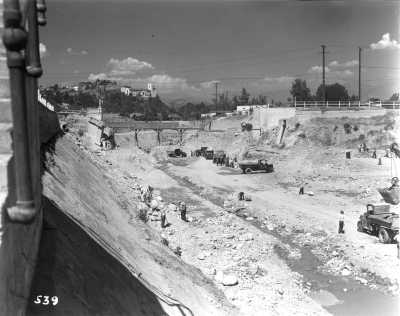 The Interstate Highway System in California

Of the 1,000-mile increase in highway miles authorized nationally in the 1956 Federal-Aid Highway Act, none went to California. The state, however, did receive aid for 1,938 miles under the original designation of routes in 1947, as authorized under the 1944 Federal-Aid Highway Act, and for several additional “belt-line and circumreferential” routes in the San Francisco and Los Angeles areas. All together, this brought California’s total allocation up to 2,135 miles at the time of the 1956 Act. 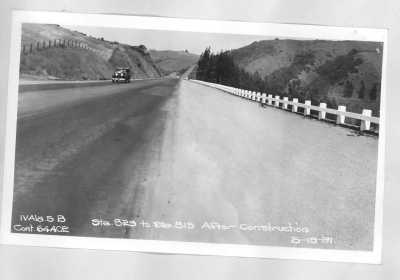 Exactly which segments of California’s highways first utilized Interstate Highway System funding is hard to determine because California had already developed limited access highways to full freeway standards as far back as 1939, following the passing of the State’s Freeway Law. For example, the Aliso Street Viaduct (later part of 1-5) opened in 1948, and the Arroyo Seco Parkway (Route 110), the first freeway in California, opened in 1940, although it is not officially part of the Interstate Highway System. 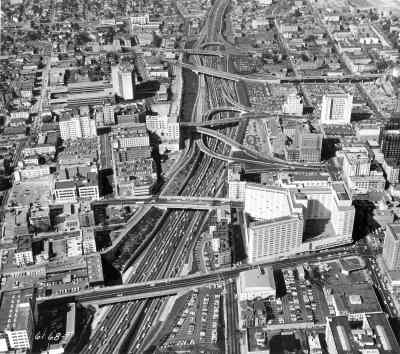