Bureau of Highways: R. C. Irvine, Marsden Manson, and L. Maude surveyed and visited every county in California. Their recommended highway system became the foundation of the system that exists today.

Bond Acts: These Bond Acts outlined and provided the initial funding for construction of a connected state highway system.

TransLab: The recently appointed California Highway Commission authorized the construction of a materials testing facility, forerunner of what became known as the Transportation Laboratory. 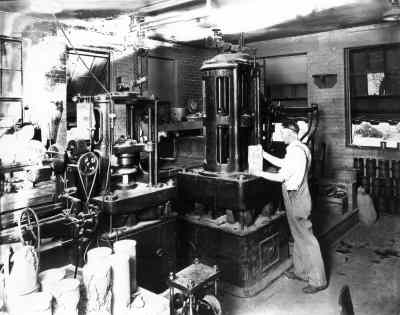 Test Lab, circa 1910s/1920s. An early employee is seen here working at the Test Lab to help improve California's roads and highways.

Passage of “Convict Labor Law”: The Department of Engineering was authorized to use convict labor for highway construction. Subsequently roads, particularly in remote areas, were constructed by convict labor for many years to come.

Early State Highway Construction: By this date, several important highway projects were completed on portions of what would later become the U.S. Interstate Highway Systems. These include the Ridge Route (later part of US 99 and I-5) and the Yolo Causeway (later US 40 and I-80), which provided an all-weather link from Sacramento to San Francisco. Many other significant early state highways were also under construction or had been completed.

United States Highway System: Prior to the Interstate Highway System, the United States Highway System provided the first nationwide system of standardized routes. The Federal Aid Highway Act of 1925 created this system as a response to the confusion created by the more than 250 named highways, such as the Lincoln Highway and the Lake Tahoe Wagon Road, which were identified by names and colored bands on telephone poles. Instead, the new system used uniform numbers and a universally recognizable standardized shield for interstate highways. The most important change created by the act included the provision that state governments, rather than for-profit private road clubs, administer the system. 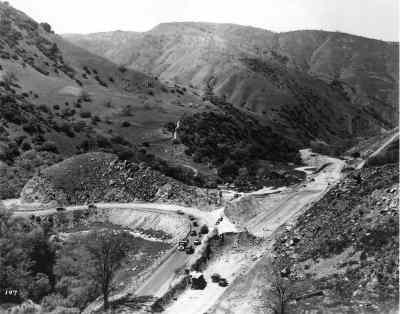 Ridge Route, I-5, October 16, 1941. Ridge Route, shown here from Lebec to Bakersfield, winds over the San Gabriel and Tehachapi Mountains between Castaic Junction on the south and extends to the bottom of Grapeview Grade on the north where I-5 enters the great San Joaquin Valley.

Collier-Burns Act: In 1944, the California Highway Commission recommended a major post-war construction program. Senator Randolph Collier, known as “the Father of the Freeways,” successfully directed this bill, which consolidated county road administration, required that the state maintain highways in cities, increased gasoline and diesel fuel taxes from 3 to 4.5 cents per gallon, increased automobile registration fees and weight taxes on trucks, created funds for all highways and excess motor taxes, revised apportionment of revenues from fuel taxes, and divided state highway construction funds between southern and northern California, with 55% and 45% to respectively.

Conquering the Sierra: Beginning in 1960, nearly 50 miles of four-lane freeway were constructed in just 18 months, including the conversion of old US-40 into I-80, to provide motorists with an easier route to the 1964 Winter Olympics in Squaw Valley. Four years later, an additional 10 miles of I-80 were constructed over Donner Summit and through the Truckee River Canyon, judged by the American Society of Civil Engineers as one of the two best engineering feats of 1964 (along with NASA’s Cape Kennedy) and awarded a “Civil Engineering Achievement of Merit” in 1966. 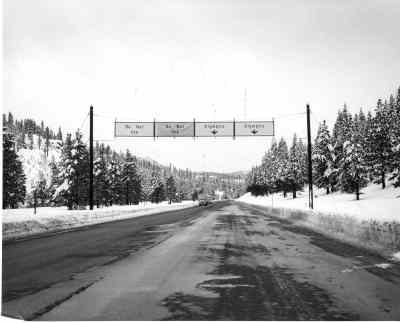 Snow Conditions on Route 89 and Squaw Valley, January 14, 1960. This image shows another route travelers could take to attend Olympic games. 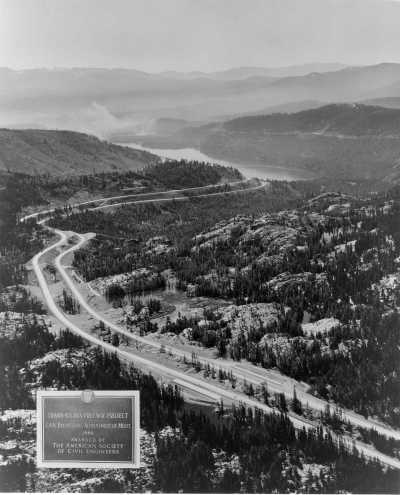 Passage of NEPA: The National Environmental Policy Act (NEPA), passed in 1969 and signed into law by President Richard M. Nixon in 1970, applies to federal agencies and the programs they fund. It requires that federal agencies, including the Federal Highway Administration, to consider environmental impacts before taking any significant action.

Creation of Caltrans: Previously the Division of Highways within the Department of Public Works, Caltrans became a separate department in 1973. The new name, Caltrans, short for the California Department of Transportation, symbolized the new broader view of transportation beyond highways alone. 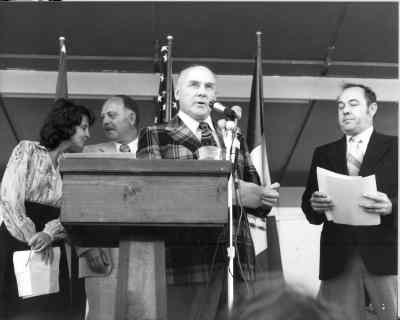 State Sales Tax for Transportation: California Governor George Deukmejian signed a bill that allowed counties to ask voters for up to a penny hike in the state sales tax to pay for new roads and mass transit. 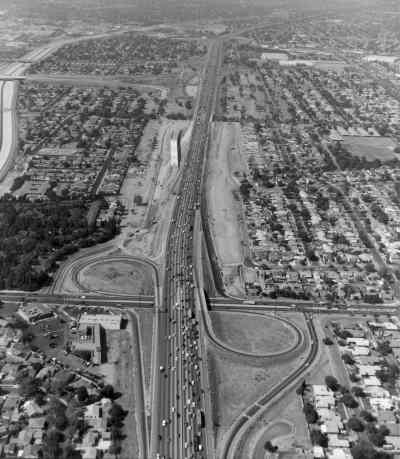 Completion of I-105: The 17.3-mile Glenn Anderson (Century) Freeway, I-105, between Norwalk and El Segundo in Los Angeles County opened to traffic in 1993. The $2.3 billion project, which included interchanges to four other freeways, was billed as the last new freeway in Los Angeles.